Phonics
This week we have recapped all the sounds we have learnt so far which are: ‘s’ ‘a’ ‘t’ ‘p’ ‘i’ ‘n’ ‘m’ ‘d’. This weeks sounds are: ‘g’ ‘o’ ‘c’ ‘k’. We have been blending lots of words using these sounds and spelling words using ‘Floppy’s Phonics’. We are already getting very good at reading simple words and finding the correct sound to make words. This week we revised our red words which are: ‘a’ ‘the’ ‘I’ ‘no’ and the new ones introduced this week are: ‘of’ ‘to’ and ‘go’. We have started to work in small groups with an adult on a particular activity. The activities we have been doing include:

Literacy
This week the focus story has been ‘Hansel and Gretel’. From this story we have been thinking about descriptive words for the characters of the story and we came up with some really good ones, especially for the witch! We had words like: nasty, mean, scary, spooky, wicked and cruel. We made some ‘Wanted’ posters trying to find the witch, by mark making on paper and trying to write some words and numbers for a reward if she is found!

Mathematics
This week we have been learning how to find the total number of items in two groups by counting all of them. We have been learning to use the word ‘adding’ and ‘how many altogether?’ when working out how many there were. We got quite clever at adding two groups so we started looking at adding three! This week we have continued to look at estimating how many objects we can see and then carefully counting them out to check how many there are. We have also continued to look at the 100 square and this we week have focussed on counting up to 40. Each week we are trying to go a bit further!

Children’s Ideas
As part of our featured story ‘Hansel and Gretel’, the children helped to brainstorm some ideas of what they would like to do. This included transforming the home corner into a sweet house like the witches and decorating them with ‘sweets’. The children busily painted sweets to decorate the house and it looks fantastic! Inside the house were some masks to role play the story which the children also asked for. 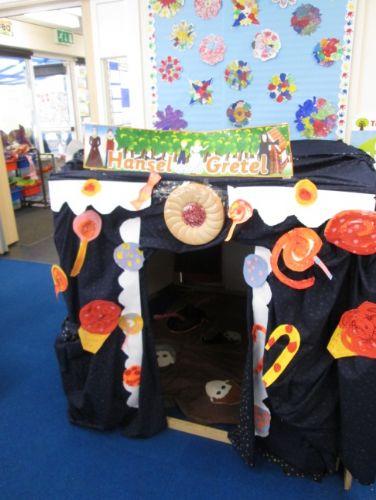 The children wanted to make witches hats which were made on Tuesday and Wednesday and they looked fantastic. Mr Bednar visited Ash to give them a lesson in how to cackle like a witch as he has a is well known for his witch cackle from the staff pantomime! The children practised their cackles when they had made their witches hats and I think some of us made some pretty convincing witches! 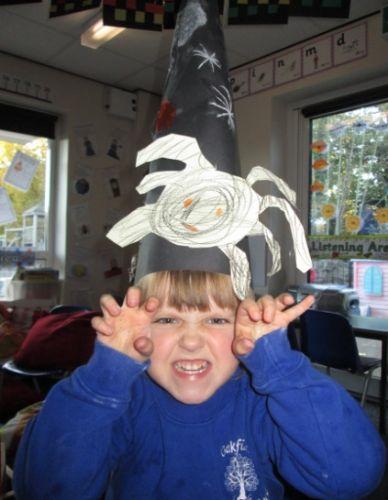 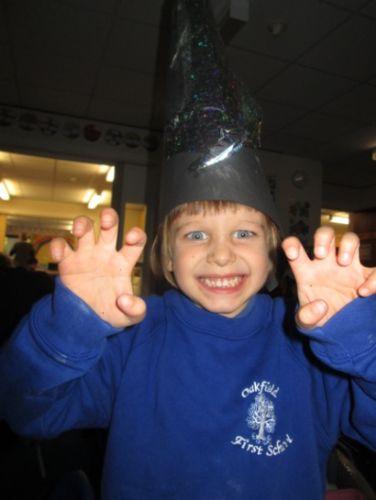 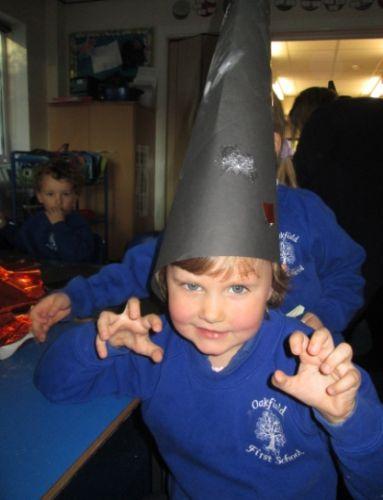 This week some children went on a nature walk around the school grounds to collect some sticks to make a forest picture, inspired from the story ‘Hansel and Gretel’. We worked in pairs to create a lovely forest picture, adding paint and fallen Autumn leaves. The results were stunning and we are really pleased with them. 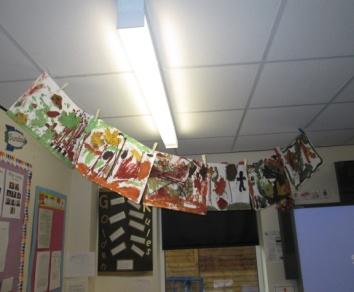 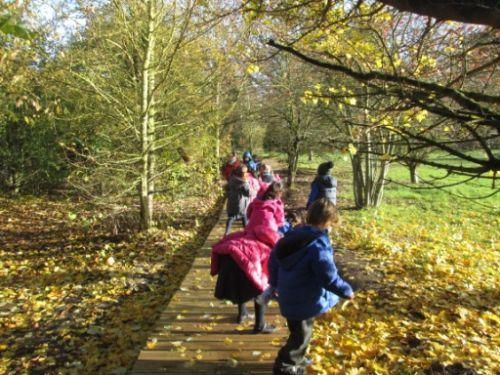 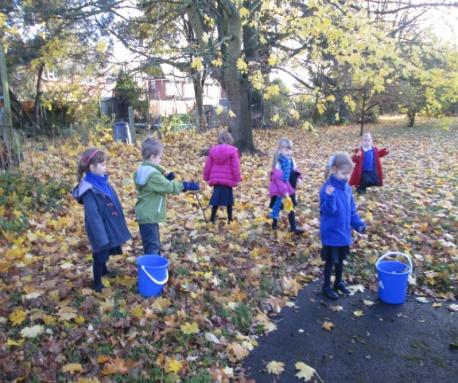 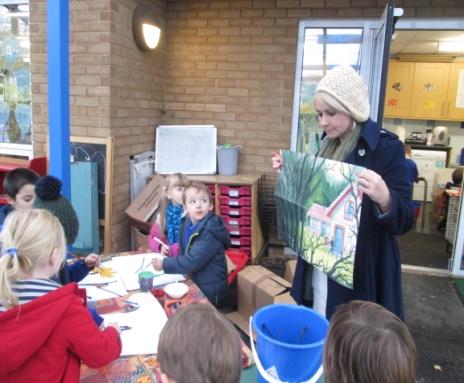 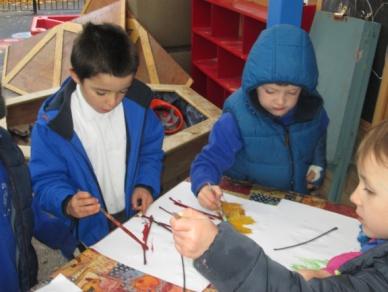 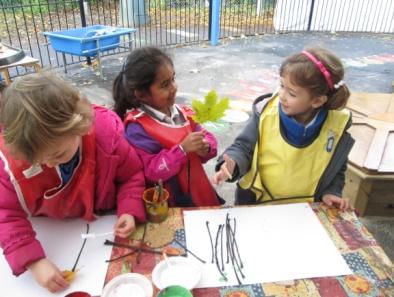 Golden Time this week, Mrs Turrall surprised us with a sweet hunt! We had to go around the school grounds and try to find a sweet picture. The sweet pictures had numbers on and we each had a score card so we could write down the number on the sweet. When we went back inside, all the score cards were added up to see who had scored the highest. This activity was really fun and we enjoyed finding the sweets and using our maths skills as well!
That's it for this week! 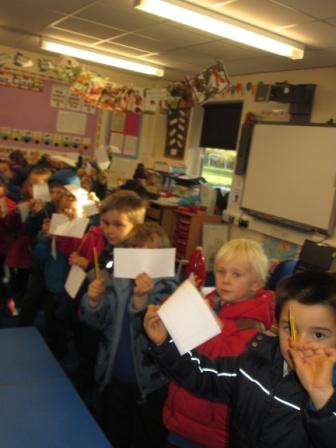 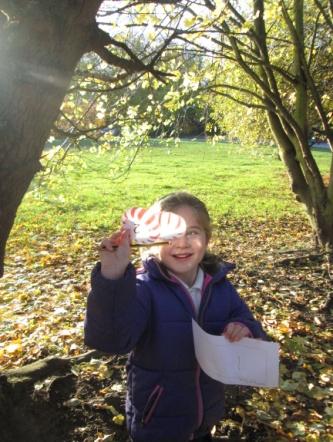 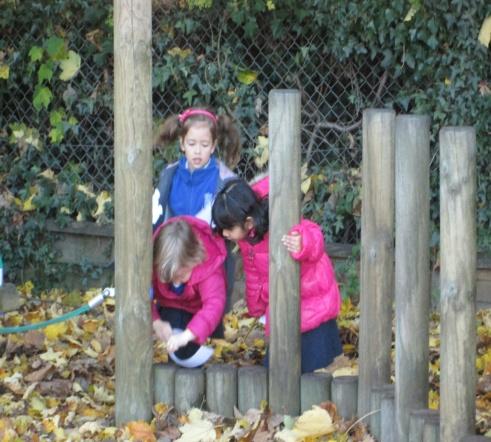 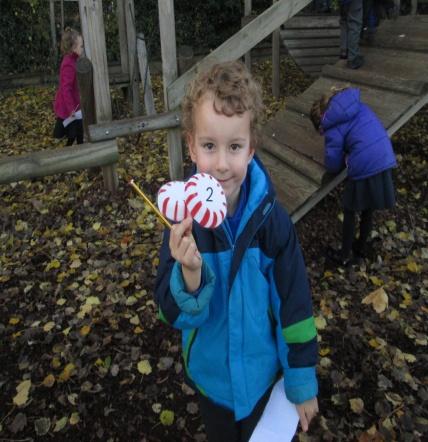