At the beginning of the week we wore our poppies with pride as we went to our Remembrance Assembly to remember the soldiers who have died and who are still fighting today. We learnt a lovely song that helps us to think about the brave men and women. We were very good standing for 2 minutes for the silence.

This week we have brainstormed ideas around the theme of ‘The Lion King’. We read the story of The Lion King and have also looked into where the story was set and learnt a lot about the country of Africa. The home corner was turned into an African hut/Pride rock with a selection of animal pictures and toy animals. We looked at African artwork and made our own African patterns and sunset pictures which were inspired by some of Mrs Turrall’s pictures from when she went on Safari. Mrs Turrall showed us lots of lovely pictures of all the animals that she saw on Safari and showed us some other pictures of people who live in Africa. We discussed the differences of our country to Africa and we learnt that we are very lucky in England as we have many things that people living in Africa don’t always have.

We have been listening to African music and have learnt a song called ‘Kye Kye Kulai’ which is a ‘call and respond’ song from Ghana in West Africa. Mrs Wilkinson gave us some large drums like people in Africa play and we had a go at keeping to the beat of the song. When thinking about African music, we googled other instruments that are played in Africa on the internet. From this we had a go at making our very own rainsticks using tubes and rice, pasta and lentils. Here we are making our rainsticks! 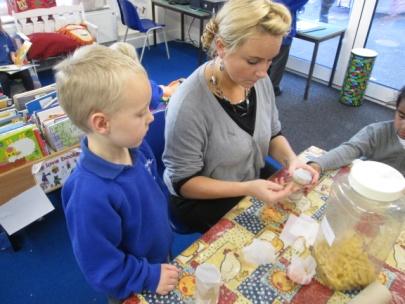 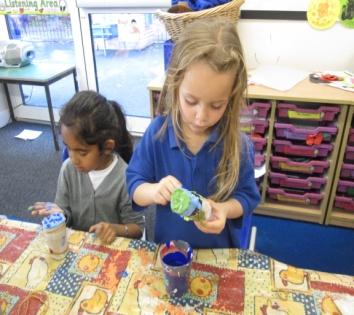 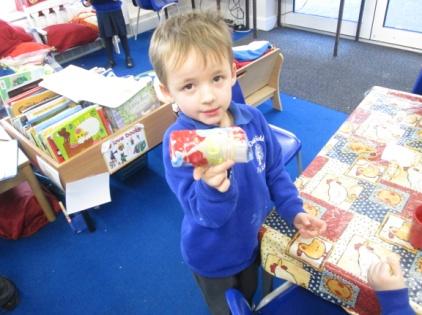 We also went on ‘Safari’ ourselves and tried to spot as many animals as we could so we could tick them off of our lists!

Here are some pictures of us enjoying our Africa theme below. 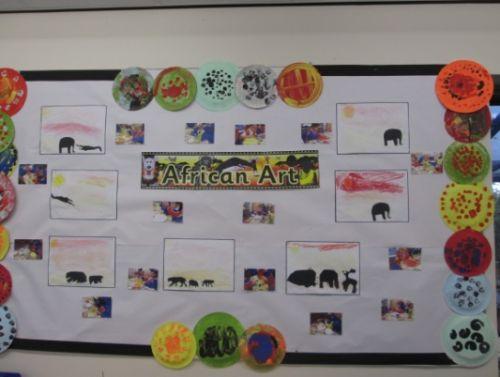 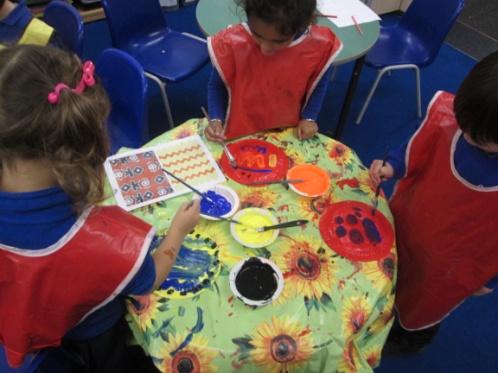 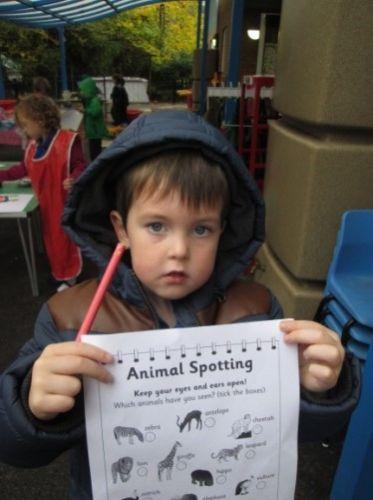 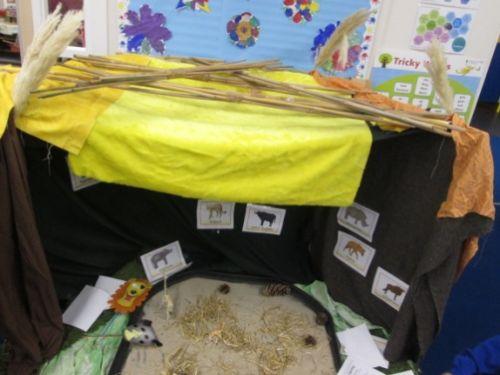 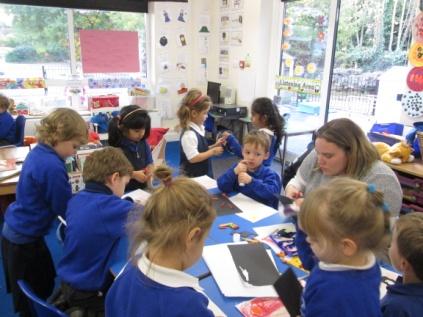 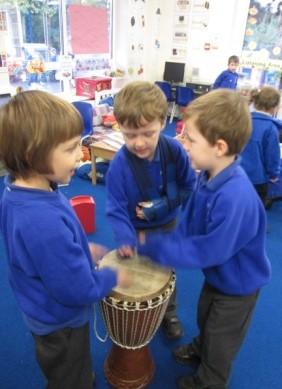 This week we have revised the sounds ‘s’ ‘a’ ‘t’ and ‘p’ from last week and we are learning them really well! This weeks sounds are: ‘i’ ‘n’ ‘m’ and ‘d’. We have been blending lots of words using these sounds and also playing a game using Bug Club where we need to recognise the sounds. On Floppy’s Phonics we have been learning how to spell words using sounds that we have learnt. The tricky words this week (red words) are: ‘a’ and ‘no’. We are getting good already at remembering that these words cannot be sounded out!

This week in number we have been looking at counting higher by looking at the 100 square. We have been focussing on the patterns that the numbers make in the 100 square and concentrating on counting up to 30. Some of us have tried to count even higher! We have also been learning to count from any given number e.g. 5 continue counting up to 20 or 30 by starting at 6. We have been learning about the mathematical vocabulary more/less, most/greatest and least. We have played some games where we need to find the greatest or least number from a set of 3 e.g. pick the greatest number from 1, 4 and 9. Linking in with ‘Jack and the Beanstalk’ we have been doing some estimating with ‘magic beans’. Taking a handful, we ask a partner to guess how many we might have and then carefully count them out to see how close we were. We have been practising forming our numbers as well using a beanstalk of numbers.

The story of the week was ‘Jack and the Beanstalk’. We have been practising our character voices by being deep and booming for the giant and quiet for Jack. We have become good at retelling the story and have looked at many different versions in the form of a normal book or ebook on the computer. We have also retold the story with Mrs Turrall’s special Jack and the Beanstalk puppet.

We have also started to do some Guided Reading in small groups which is where each person has the same book and an adult will guide us through asking some questions as we go through. This week we did Floppy’s Phonics Book 1 that had the sounds ‘s’ ‘a’ ‘t’ ‘p’ so that we could revise them from last week and make sure we knew them really well!

As part of the children’s planning this week on Africa, we read the story ‘Handa’s Surprise’ which is a story based in Africa. We enjoyed learning about the different fruits and animals in the story and watched a short clip of the story on the smartboard.

This week we have started to write in our handwriting books and gaining more control when using our pencils. We are still air writing letters at this stage but some of us chose to practise the letters in the writing area. In our handwriting books we have been doing patterns and learning how to write our names with the cursive script which we will be doing each week.

This week we were lucky to have a visit from Mrs Mort who used to be a teacher at Oakfield. Mrs Mort very kindly comes in once a term to do some clay models with us and this term we have been making a Christmas tree decoration. The trees are going off into the kiln and when they are ready we will decorate them ready for Christmas time.

In our PE time this week we have been acting out the story of ‘Jack and the Beanstalk’ to a ‘Let’s Move!’ tape which teaches us some actions to do to music. We had a lot of fun pretending to be Jack climbing the beanstalk and stomping around being the giant!

*Don’t forget it’s the November Fair next Thursday 21st November! Adults can come and browse from 2pm and then your child/children can come and join you from 2.30pm*