Phonics
This week we have continued to learn more names of the letters along with the sound and those letters were: ‘G’ ‘O’ ‘C’ and ‘K’. We have also looked at some new friendly letter sounds (‘ee’ ‘ay’ and ‘ar’) as they have appeared in some of the words in our reading books. We have continued to look at where capital letters appear including at the start of sentences, in names, days of the week, months of the year and places. We have also been looking at spelling words using friendly sounds we have learnt before as some revision.

Literacy
In Literacy this week we read the story ‘The Tiny Seed’ by Eric Carle which linked to our topic of growing plants. We looked at what plants need to grow and then attempted to write some labels for our own plants which are going to go outside. 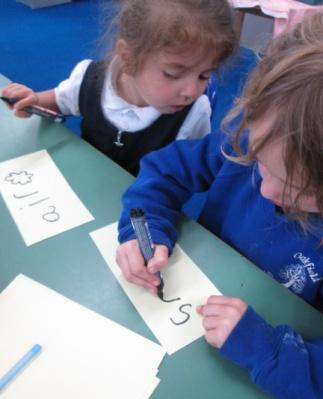 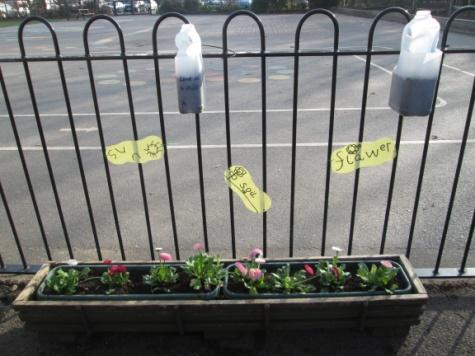 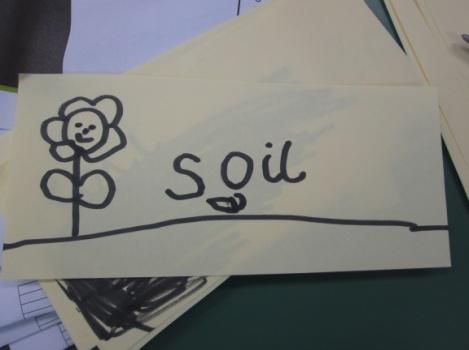 We have continued to do handwriting in our handwriting books and are now learning how to write the capital letter alongside the lower case letter. The children are becoming much more interested and motivated in writing and often choose to do some during their free flow activities.

Mathematics
This week in Maths we have learnt about two new topics one of which has been subtraction. As the children have done addition for some weeks now and are more confident, we have moved on to subtraction. This concept is always a difficult one for the children to grasp after getting used to adding. We have been doing lots of practical activities with objects for the children to understand the concept of taking away. We have spoken about all the different vocabulary we can use when taking away such as ‘less’ and ‘minus’. The children have also been attempting to answer number sentences using their fingers to make them go from ‘awake’ to ‘asleep’! The children find this a fun way of remembering to take away. The maths area has been transformed this week to include an interactive area that the children are able to select an activity sheet from the wall. These sheets include activities involving addition, subtraction, counting, shape and time. 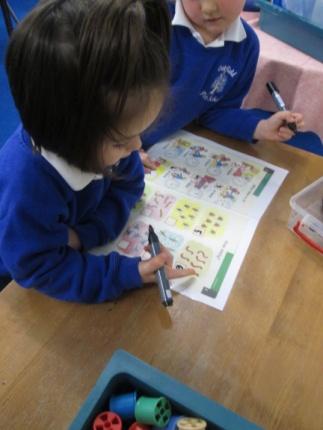 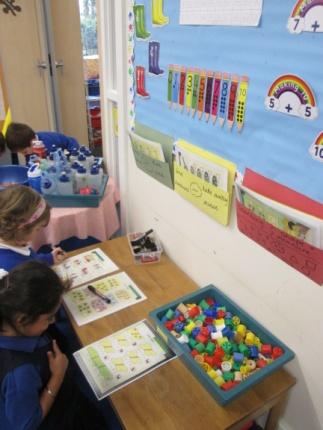 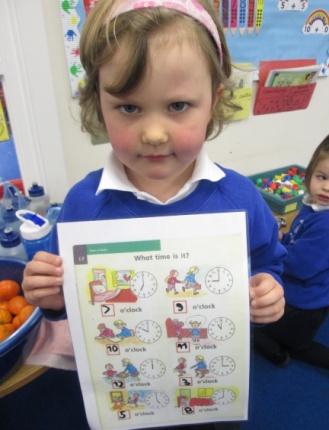 The other topic we have looked at this week is weight. We have been finding heavy and light objects and then testing them using the scales. We have discussed what happens to the scales when objects are put on and how we know if the object is heavy or light. Children found various items around the classroom using a shopping basket and then predicted which they thought would be a heavy item and a light item. The children tested their items using the scales and from this sometimes found that the biggest object wasn’t always the heaviest and the smallest wasn’t always the lightest. This followed on to a discussion about what things are made of and what materials weigh more.
Topic
As part of our topic, this week we explored the area of plants. Firstly, we talked about all the plants that we knew of already and spoke about what plants we see at this time of year which of course the most popular was the daffodil. We observed some daffodils that were still closed as a bud and some that were open and discussed the parts of the flower and what flowers need to survive. We had a go at painting our own daffodil pictures to put on display and they look wonderful. 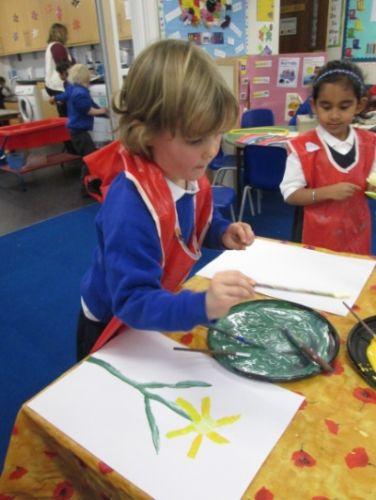 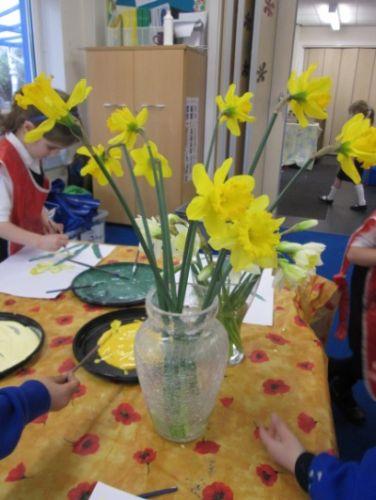 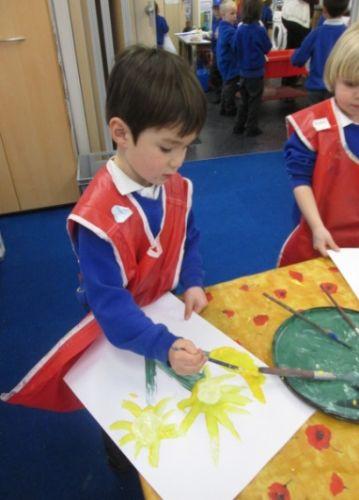 As mentioned above in Literacy, we read the story ‘The Tiny Seed’ and we discussed the seasons that we have and when we start to see things grow which is the current season of Spring. We then looked at some tiny seeds in the form of cress and in pairs; we followed instructions on how to grow cress. The children have been checking their cress each day and are excited to see that it is already starting to grow! 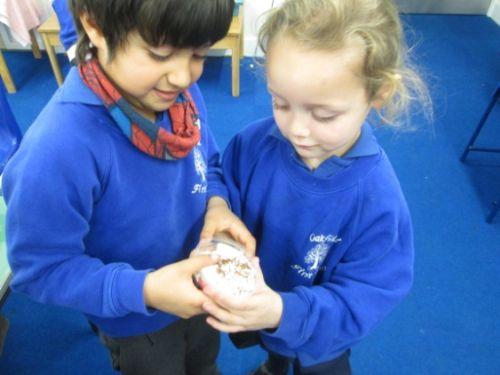 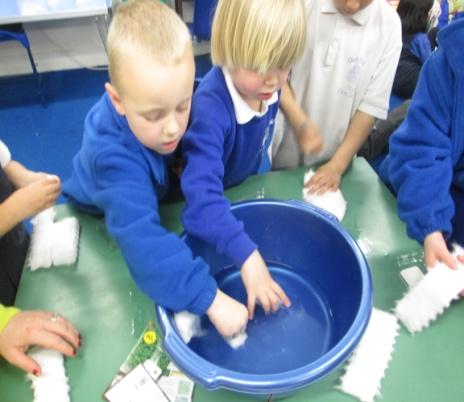 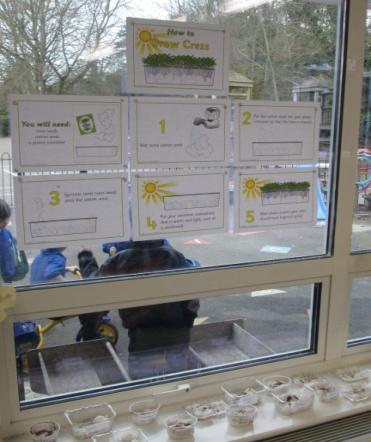 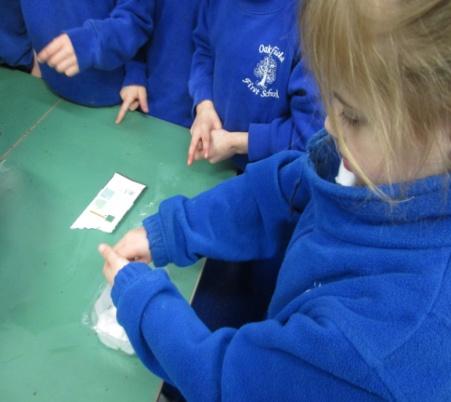 Next we had a go at growing some real plants to go outside in the garden area. We tied in planting with talking about recycling as we used some old milk bottles to use as our planters. We spoke about what recycling they do at their homes and why it is good to recycle things. The children worked in turn to put compost into the bottles and then put some seeds into soil. When the bottles were ready, they were attached to the fence and then some other children gave them some water. We also planted some big tubs with potatoes and carrots so hopefully we will see them grow in the coming months and be able to enjoy the end product by eating them! 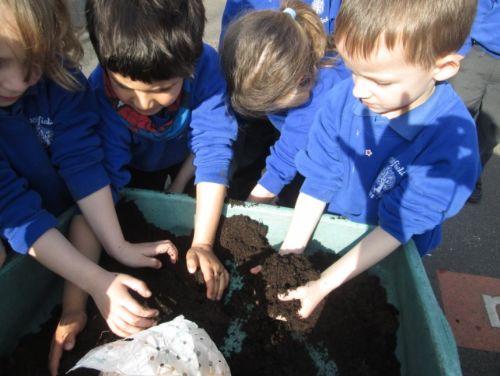 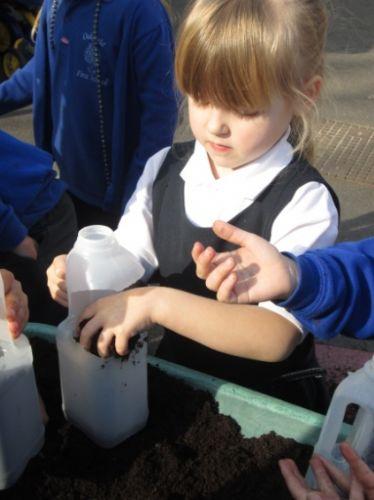 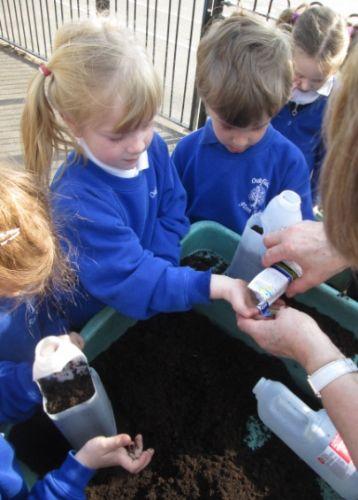 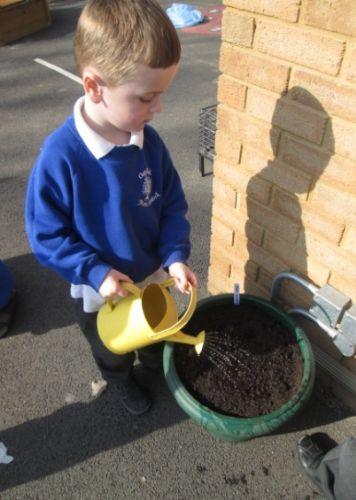 The role play area underwent another change this week to fit in with looking at plants and this time it changed to a Garden Centre! The garden centre had some artificial plants for the children to sell, wrap in paper or put into pots for their customers. Here are the children enjoying the garden centre: 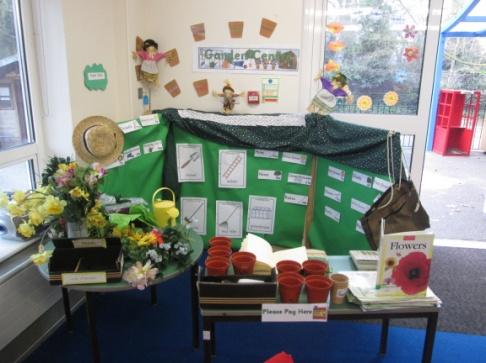 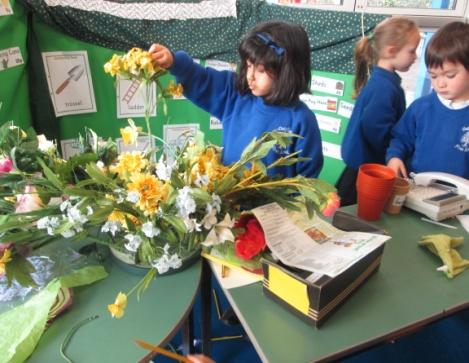 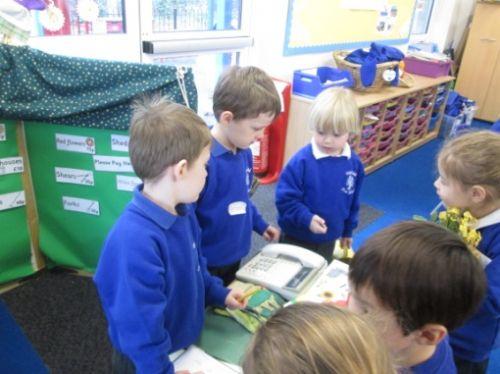 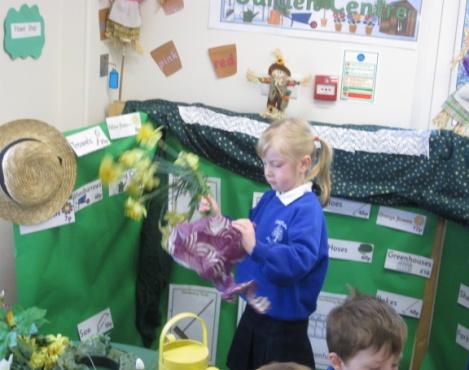 A 'sessionid' token is required for logging in to the website and we also use a 'crfstoken' token to prevent cross site request forgery.